You use this in combination with cm, -ubcm The autozoom restore function in -zm is increased to give extra time to temporarily zoom in. Implemented a new mode for observers -zm -zoommode. It pulls the camera outwards to see more action at the same time.

Implemented a new game mode -cp -capturepoint This game mode requires more teamwork and coordination than you might expect from your usual funmode. After 10 minutes, 6 capture points appear at fixed locations around the map. Once the capture points are created, those areas are permanently visible to both teams for the rest of the game. To capture a point, you have to be standing on it for a certain amount of time.

The more heroes standing on it the faster you gain control over it. There cannot be any enemy heroes at a point you are trying to capture. With 5 heroes it requires Heroes cannot be invisible while on a capture point area. Illusions do not count as heroes when on top of a Capture Point. There are 3 types of capture points, if you get 2 of the same type then they stack. Duplicates of each type are available on opposite sides of the map. The game announces when an enemy captures a point.

It is also visible on the minimap which areas you have captured and which areas the enemy has. For example, if you have both Combat you get 28 bonus damage and 8 bonus armor. Added a 15 second wait period before the drafting begins in -CD to give both teams a chance to look at the heroes.

Switch now only works as long as the items of the leaver remain intact. Once someone leaves, the inventory of that hero becomes locked. Players can use an -unlock command, but once that is done switch cannot be used on that hero anymore.


Once this feature is used enough to be considered stable, switch will be usable by default -so mode won't be required with the restrictions described above. The gold that the leaver is carrying is also frozen until the hero is either unlocked or swapped. Restored -mc, but with more detailed statistics to match up with the recently changed Multicast chance system.

Increase the buffer time in -CM from 45 to 60 seconds This means 15 seconds total for each player, not 15 seconds for each turn New and reworked heroes are temporarily unavailable in -CM. Day and Night cycle is synchronized across all game modes now Implemented HCL protocol for game hosting bots to control game modes.


It is now like RD in its hero distribution. Each team has a total time bank of 2. Your timer is shown in red when it is your turn to act. I am considering implementing a new order for the bans for this mode in the future. The bans would not all happen before the pick process, it would be in between picks. I decided to keep it the traditional way for now and get some feedback on alternatives. Added a new game mode -rs -randomside to randomize which side your team starts in.

This does not shuffle the players. It just places a team randomly as either Sentinel or Scourge. It gives you less bonus gold than the bonus gold the regular -random gives you. Normal mode can now pick from their team's heroes plus neutral heroes.

Added a new experimental mode Experimental Runes -er This temporary mode changes the rune system to a more experimental one. I will be changing how -er works from version to version to try out different ideas. I don't plan on any one version of the new runes to replace the current system directly, so do not panic.

Well Instead, it will be used as something to create discussion, spark ideas, find flaws and playtest different concepts over time. How -er works for this version: Runes spawn simultaneously on both sides at 3 minute intervals instead of 2. Again I have no plans to make this permanent. RD selection area now becomes unexplored after the pick phase is over. A random side starts the process you can customize this, see below Ban Time: Each captain removes up to 4 heroes.

Running out of time does not result in a random hero ban. Each captain picks the heroeshis team will use. If at any time you run out of time, you start to use up your extra time. If you run out and you are in pick phase, you get a random hero. Creeps spawn 90 seconds after the pick draft phase is over.

Right after the hero pick phase ends, the 5 heroes for your team are presented with a checkmark on them RD style allowing players on your team to pick which one they want to be. The captain that starts this process is random. If you want to give the starting to Sentinel, type -cm 1 or -cm 2 for Scourge after the game mode is entered. The picks, bans, timers, etc are all presented in a board for easy viewing by team mates and observers.

Added a new mode -fastrespawn -fr that causes respawns to take half as much time Changed -SD time to be the same as AP. Added a new fun mode -mi miniheroes that creates the heroes at half size Dummy lineup units in RD now show player name Improved hero selection process in RD Player turn indicator for RD is made clearer.

Completely reworked and improved the way RD hero picking is done. Allowed swaphero to be used after the -rd draft If you don't pick a hero in -rd, one will be randomed for you for the same gold cost. Added -reverse -rv mode WTF Mode no longer requires voting. New mode -vr -voterandom, like -ar except you get to vote on which hero combinations are used Repick in -ap or normal mode now lets you pick a new hero instead of randoming it.

Cost reduced here since you would need to buy a hero. Added -samehero -sh mode If blue isn't playing, the next available color will be allowed to enter the game mode. Improved the game mode entering system. Modes are now entered on one line like "-apidsh" or "-dm -ar -sc". Renamed shortmode to -easymode -em Restored a more functional -du mode. Added Observer Mode support Now league games can be broadcasted using Waaagh!

Neutral Host capability through an extra slot useful for important tournaments where host neutrality matters. Added a mode for league play, -lm -leaguemode Added Deathmatch, -dm -deathmatch Shortmode is a bit shorter. Type gg in chat to resign. This function matches you or your team against AI-controlled bots. Settings allow players to be matched only with others who have selected the same settings. Selecting more settings can significantly reduce wait time , as the system will be able to search for compatible players from a larger population pool. Game Modes determines which modes you would like to queue for.

Checking more game modes will increase matchmaking speed. Region determines which regional server you would like to play on. Checking more regions will increase matchmaking speed, but may cause latency issues if the server location is far away. You can select up to 3 regions. It is recommended that you only choose regions where the language you speak is the dominant language for that region, this is to avoid people reporting you from speaking another language this does happen.

A match can only have one style of Hero Picking. Players may also swap heroes with team mates after picking, during the time before lane creeps spawn. 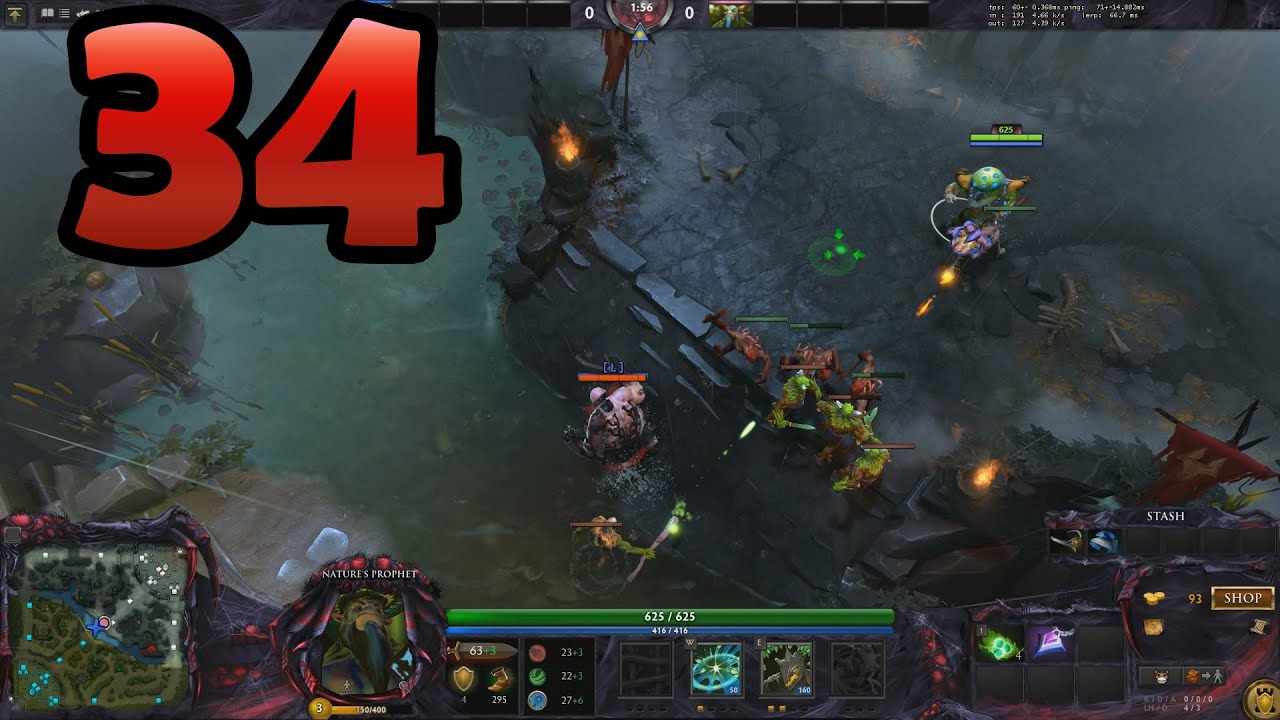 Every day 12 heroes are randomly selected. Bonus items are granted depending on how the hero was chosen:. Random chooses from the pool of 12 daily bonus heroes. When random is selected, the player cannot repick a different hero. The player can only repick if they directly choose a hero. Ranked matchmaking is unlocked at badge level After each match, player's matchmaking rating MMR will increase or decrease based on the game result.

The following game modes are also available in unraked matchmaking, though different rules may applied. In this mode all heroes are available. Players may pick any hero as long as another player has not already chosen it. The same rule is applied in Unranked Matchmaking. This includes a ban phase before the picking phase.

The standard mode for competitive play.

In Captains Mode, two team captains go through phases of banning heroes from the pool and picking heroes for their team. After all 10 heroes are selected, each team's players pick their hero from the five their captain had chosen. Each captain has 30 seconds to make a pick and 35 seconds to select a ban when it is their turn. Each team's allotted second reserve time depletes any time their captain takes longer than allotted to make a pick or ban. If reserve time runs out before a pick, a random hero will be selected. If it runs out before a ban, no hero will be banned.

In this mode, 50 heroes are randomly chosen to be available. The players on each team take turns picking heroes from the pool, and only have 20 seconds to make their selection when it is their turn. This game mode has the same rules as All Pick, but has changes to accelerate the pace of the match. Each team has one captain that is responsible for the drafting phase.

The game starts with a random pool of 27 heroes 9 Strength, 9 Agility, 9 Intelligence. The captains start off by banning 3 heroes each and then they move on to drafting heroes for their team. Which team picks and bans first is random. Each team has only a total of seconds to make all of their picks and bans. After the heroes have been chosen by the captains, players get to choose their hero. This mode was previously enabled for Ranked Matchmaking but was removed because not enough players queued it leading to imbalanced games.

In this mode, all players receive a random and unique selection of three heroes. The three to choose from are also of different attributes.